Skip to content
The attack surface of machine learning is large: training data can be poisoned, predictions manipulated using adversarial examples, models exploited to reveal sensitive information contained in training data, etc. This is in large parts due to the absence of security and privacy considerations in the design of ML algorithms. Yet, adversaries have clear incentives to target these systems. Thus, there is a need to ensure that computer systems that rely on ML are trustworthy. Fortunately, we are at a turning point where ML is still being adopted, which creates a rare opportunity to address the shortcomings of the technology before it is widely deployed. Designing secure ML requires that we have a solid understanding as to what we expect legitimate model behavior to look like. We structure our discussion around three directions, which we believe are likely to lead to significant progress. The first encompasses a spectrum of approaches to verification and admission control, which is a prerequisite to enable fail-safe defaults in machine learning systems. The second seeks to design mechanisms for assembling reliable records of compromise that would help understand the degree to which vulnerabilities are exploited by adversaries, as well as favor psychological acceptability of machine learning applications. The third pursues formal frameworks for security and privacy in machine learning, which we argue should strive to align machine learning goals such as generalization with security and privacy desiderata like robustness or privacy. We illustrate these directions with recent work on adversarial examples, privacy-preserving ML, machine unlearning, and deepfakes. 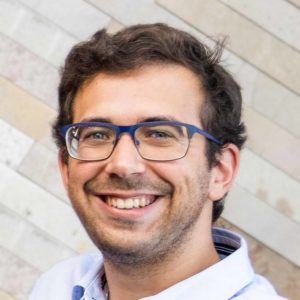 Nicolas Papernot is an Assistant Professor in the Department of Electrical and Computer Engineering and the Department of Computer Science at the University of Toronto. He is also a faculty member at the Vector Institute where he holds a Canada CIFAR AI Chair, and a faculty affiliate at the Schwartz Reisman Institute. His research interests span the security and privacy of machine learning. Nicolas is a Connaught Researcher and was previously a Google PhD Fellow. His work on differentially private machine learning received a best paper award at ICLR 2017. He serves on the program committees of several conferences including ACM CCS, IEEE S&P, and USENIX Security. He is also the co-author of CleverHans and TensorFlow Privacy, two open-source libraries widely adopted in the technical community to benchmark the security and privacy of machine learning. He earned his Ph.D. at the Pennsylvania State University, working with Prof. Patrick McDaniel. Upon graduating, he spent a year as a research scientist at Google Brain in Úlfar Erlingsson’s group.